On 6m I’m most often found DX-ing using SSB/CW down the bottom of the band, or using JT6M/ISCAT for meteor-scatter. I’m not QRV on the band much, and miss most of the very few openings we have these days…

The station usually comprises of a Yaesu FT857D, into a “heavy duty” 6el LFA2, built to (hopefully!) survive the windy location. Occasionally an Elecraft K3 is used, with the rx upgrade installed.

The 6m antenna can be seen nearly halfway up EI7M’s rotating tower: 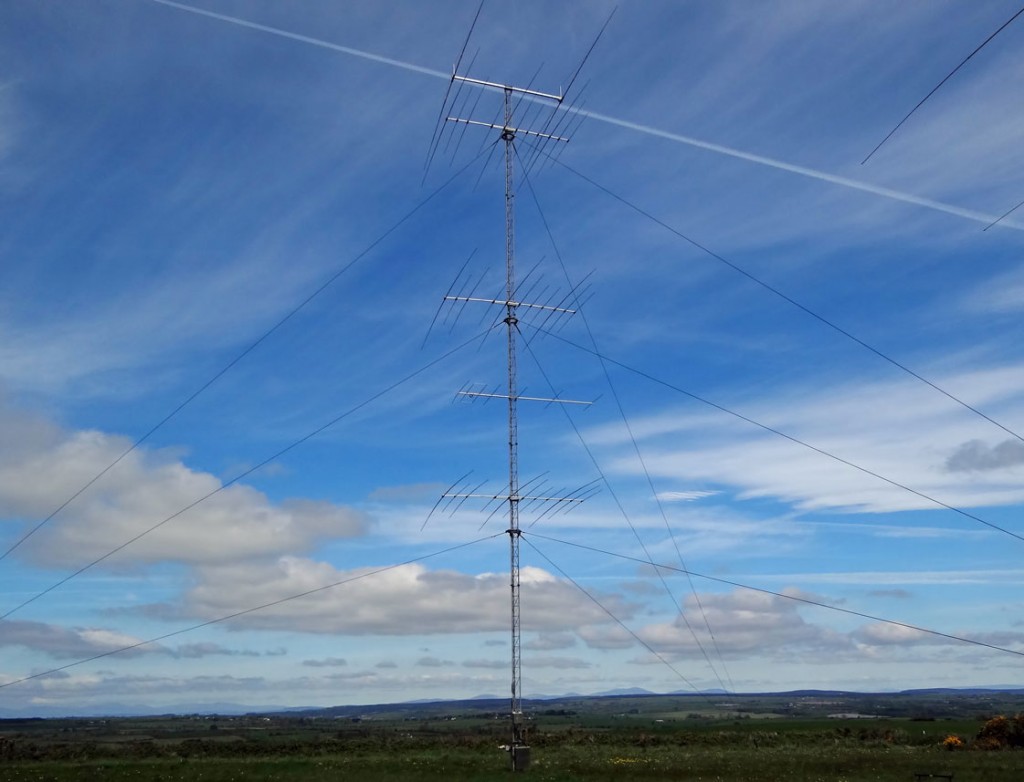 A terrain analysis using the ARRL’s HFTA software indicated that, counter-intuitively, the 6m antenna was better placed between the lower two HF antennas rather than the upper pair: The analysis suggested that, in the most interesting directions, the radiation angle would be lower at that height (i.e. better for DX), and this appears to have been confirmed by results. Bear in mind that I used terrain data specific to this location, with land sloping away from the site, so the antenna might work best at a different height elsewhere.

This site uses Akismet to reduce spam. Learn how your comment data is processed.